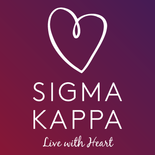 Chelsea Fancher, Epsilon Zeta, Western Kentucky University.  Chelsea married Andy this summer, and they have moved to Alabama from Kentucky.  She is an Academic Advisor in the College of Engineering at The University of Alabama, specifically with mechanical engineering students. Chelsea will also be teaching online for WKU's Department of Communication.

​Kim Hunton, Theta Xi, Auburn University.  Kim has been teaching Spanish at Pizitz Middle School for over 20 years.  She is married to Kevin, and has two children.

Kapi Farrell, Theta Xi, Auburn University.  Kapi is an Occupational Therapist in the Alabaster City School System.  She is married to Ryan, and has two girls.

​Ashley Nance, Theta Xi, Auburn University.  Ashley is an executive sales consultant with LoweGear Printing, and a paraeducator at Pizitz Middle School.  Ashley is married to Hopson, and has four children.  Ashley's daughter, Elizabeth, is a new sister of Sigma Kappa.